When it come to speed tickets, I think we can all agree that they have to be avoided at all costs first because they can really affect your wallet, because the speed tickets are never a pretty thing in one’s life and second, because they can make you paranoid whenever your radar detector is going off the charts. In order to avoid them, the best way of doing it is to buy a radar detector. However, more than one times have all of us agreed that no matter how good one is, it is simply not worth $500. But is there a better chance to avoid speed tickets, other than using a radar detector or than driving very slow?

The new innovation in the domain of radar and speed gun detectors comes in the form of an app. The saying “there’s an app for everything” is not that unreal as it may sound. There are many apps that are free and easy to use that help you detect the police and avoid spending money on useless things such as speed tickets.

So, without further ado, here are 3 of the best radar detector apps you can download and use:

Although the name doesn’t have much to do with the Cobra brand of radar detectors, this app has been voted multiple times as one of the best on the market for those whose budgets are not enough for a real radar detector. According to many reviewers, although there are some bad features on it, they can all be overlooked. Having a degree of satisfaction of 67% and one of dissatisfaction of only 20%, it is easy to see why it is one of the best.

The radar detector app uses the GPS to track any police radars that are in the vicinity and once it does, it will alert you through visual alerts and it also allows you to submit and receive any locations, cameras (speed, red light) or any caution areas where the police might have placed a speed gun directly from the community. In order to keep you updated, the app immediately lets you know of any updates such as comments, new warnings or others provided by the members of the community. These are just some of the features one can use on this app. Since it’s free, it definitely beats buying a $500 radar detector. 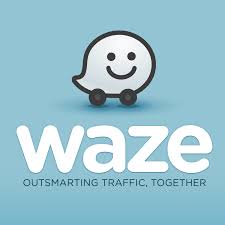 As the name suggests, this app can double as a GPS through which you can both use it to get to your destination and also detect the police radars that might be ahead. It also offers you many maps and updates on the traffic, which is very useful when you are hurrying to get to work or home and you would prefer to take it on the roads that are not that busy.

This app uses the same principle as the last one, which is GPS to identify and alert you of any dangers that may lie ahead such as accidents, police traps, hazards, constructions or anything like that. It can also be used to find the closest gas stations, but it can also learn your frequent destinations and many more. This app is trying to be one big app that incorporates several small ones, including that of a radar detector.

This particular app has won many awards over the years, several of them being: “Best Technology Winner”, “Popular Mechanic’s Editor’s Choice” and many others. This proves how loved and how useful this particular app is among the drivers that are trying to avoid a speed ticket at all costs.

The app has been updated since it first surfaced in 2010 and offers many features such as the Marked Location feature through which the app will alert the driver when passing through a place where there were previous threats, an Escort Live Network through which you can share the details of the police speed gun you just passed so others will know to watch out in that particular area, and at the same time, real time updates that have been received by other radar detectors in the area.

According to all the reviews and all the awards of this app, it is quite clear that it is one of the best on the market at the moment. Now you read some radar detector app reviews check our some of the top radar detector reviews.